She sure is alive with the sound of music

Kim Duddy is the choreographer of “The Sound of Music” production at the Landestheater in Salzburg. Over Butterschnitzel and Stiegl beer at the arthotel Blaue Gans, where she stayed for three weeks while rehearsing, she talks about her work and life in Austria.

GÄNSEHAUT: It is the first time “The Sound of Music” will be shown in Salzburg. Is it special for you to be part of this production?
Kim Duddy: Yes. First of all, the first show I ever did as a little person, when I was seven, my allererste show, was “The Sound of Music”, so I have a lot of history with this, you know, and I also did the first time it was ever done in Austria, ever, at the Schauspielhaus in Vienna, which was a much different production, it was much wackier, but we also had some of the Von Trapp kids come, it ran for six months, it was a huge hit, so I’m not unfamiliar with it in Austria. Here, in Salzburg, we’re doing more like a traditional version of what that would be in a kind of Broadway sense. The first set we had was going completely into the Kitsch, you know, and then we had a long discussion, and we took out a lot. So it’s simple and not trying to be bombastic. Kind of stark realism, like the Villa looks like the Villa. What we’ve done is also not shied away from the politics of the show. So that’s gonna be interesting to see how people react to that, it’s not candy coated in any way. I know the movie is considered to be so kitschig. It’s funny, I hadn’t seen it since the movie came out…

GÄNSEHAUT: Really?
No, I didn’t.

GÄNSEHAUT: You don’t have this tradition of…
No!

GÄNSEHAUT: …viewing “The Sound of Music” at Christmas…
No!

GÄNSEHAUT: … we are told all Americans do?
No. I know many Americans that do. I have been in Austria for twenty-three years, you know, so, no.

GÄNSEHAUT: Did you come to Austria for “The Sound of Music”?
No, I came to Austria doing “Cats” at the Theater an der Wien.

GÄNSEHAUT: This was the first musical show I saw.
Really? Great! That was really great, to come to Vienna at that time, it was just the beginning of this musical boom. It was the first big thing, and when I was doing “Cats”, I started with my choreography, picking up gigs and whatnot, and I did a lot of television, you know. There was a lot of Unterhaltung, there were tons of jobs and, what really helped my career take off in Austria, was the fact that I had all this great dancers. So when I started working with the ORF, you know, they really kind of made me look great, yeah, and then it just was the right era to kind of make this all happen.

GÄNSEHAUT: From your experience, what does a musical have to have to fulfill the expectations of the public?
You never know what the pulse of the public is gonna be. You think you do. I think as a writer, whatever it is you’re writing about, you have to be so passionate about it. For the passion has to be first and foremost, the story you want to tell and the people that you will surround yourself with to tell that story. With the same passion. Passion goes a long way, yeah, I would have to say. That’s also nice whenever I work at a Landestheater, people are really motivated, they’re eager to do.

GÄNSEHAUT: So you had a good time in Salzburg?
Absolutely. This has all been like, just through it and do it. You know! Because we have three sets of children that all have to be ready by the premiere, you know, it’s really VERY intense. It’s great, it’s a lot of fun. Because they’re seven kids, and as we all know, no two people are alike, and really no two kids are alike, so you kind of have to find the Schlüssel to each kid to get them motivated and stay interested, you know. If they’re not havin’ it, they’re not havin’ it, so you have to keep it moving, interesting. It’s very interesting now because now it’s serious stuff. It started changing of course the first time we were on the stage, you’re in this like big black box, and it just all looks so amazing, you know, for them, so they forgot everything, you know, and then they were just looking around, there’s no focus and you kind of start all over. The Probenbühne was like their playground, and now all of a sudden, it’s much more intense, the whole thing. And we see some schaff it, some don’t, some are late bloomers, some are better now than they were two weeks ago… It really has been two steps forth, one back, two forth, one back. There are three groups, so group one will be our premiere cast. I spent the last three days almost working entirely with group two, I have group one tonight, and they will for sure be…

GÄNSEHAUT: Or only a half?
Maybe a half, yeah.
GÄNSEHAUT: Do you have any advice that you give them?
I mean, the thing that I think is the biggest with young kids is they have to understand that there is Handwerk involved and that you cannot just go from A to Z. The steps along the way are R-E-A-L-L-Y very, very, I don’t wanna say hard, but they are very intense. Very often, because of all the reality shows and Starmania and stuff, you know, that fifteen minutes of fame kind of feel, they feel entitled. So my advice would be basics, get to school, take it seriously. But, you know, they also teach you a lot too. I mean, me. They have no bad habits, you know, I mean, they’re just themselves. And of course at times they try to impress or whatever but they’re also right out, like, tell you how it is. That also makes you think that you’re not just the authority person that knows everything. And a lot of times they have the better idea. That’s also the way that I choreograph too. If I choreograph something, it doesn’t have to look good on me, it has to look good on them. My style is finding out what it is, the search is half the fun, if you’re really open to it. I don’t like to over prepare, so I just show up with the Gerüst and the style of what I want to go to and then do it together!

GÄNSEHAUT: What is next?
I put aside almost the next half year to be in America to promote my own pieces, to really try to get the groundwork and then do a production next fall, so, fundraising, getting everything together, doing some auditions, seeing what’s over there. Also I have three shows running at the moment. Vienna and Stuttgart are playing “Ich war noch niemals in New York” and “Hinterm Horizont” will open in Berlin. That enabled me to take a little time off so that I just have to take care of those shows, but I can be a little more free, to work on things where there is absolutely no paycheck yet. But it’s very exciting. Going back to live in America. It’s funny, I tell you, I feel like a tourist when I’m in America.

GÄNSEHAUT: Really?
I mean, I love Europe, I would never give this up, I mean, I’m a girl from Ohio but I love Vienna , it has never been dull. For me, never. I always, always go back.

GÄNSEHAUT: What is your trick for keeping the energy and the passion?
I think the panic keeps me … awake because, when you’re in a business where you’re self-motivated, you KNOW when you’re not. I tell you, I get my energy from the work!

GÄNSEHAUT: Do you always stay in a hotel when working away from home?
Usually. I have to say I prefer a hotel. You know, when you’re working twelve hours a day, you don’t wanna clean house or whatever.

GÄNSEHAUT: Do you have a kind of ritual when you get to your hotel room?
Just me and CNN! No, kidding. You know what I like? I like the Ruhe. The Ruhe. Because very often, you know, when I’m directing and choreographing, I’m around people all the time, big groups, big, and the whole dynamic of what that is, motivate and steer and all that kind of stuff. There is nothing more beautiful than walking into your room and just like… ahh! Just to think about it makes me happy. 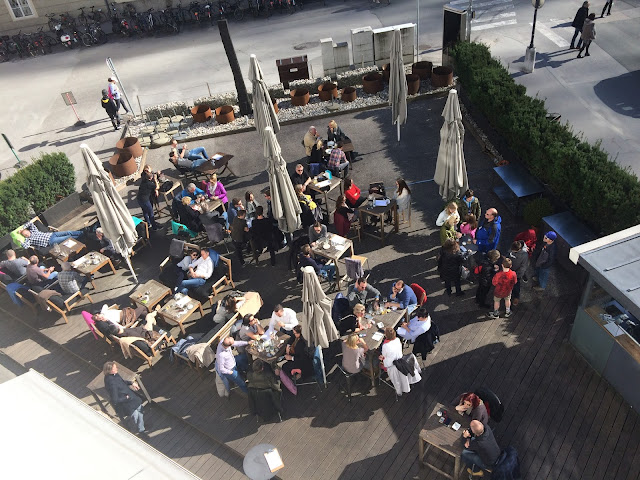 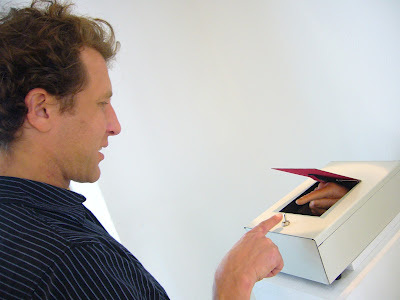 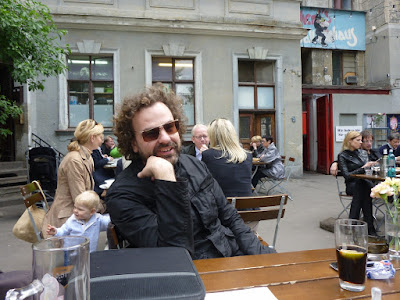